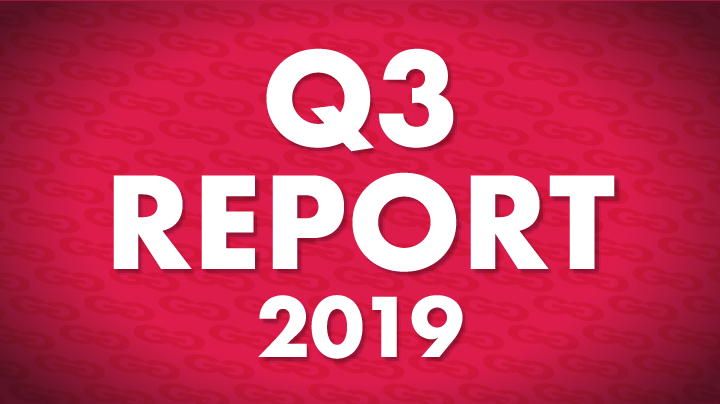 With one of our featured tournaments as anchor, Global Golf Management’s third quarter of 2019 was both busy and buoyant, and it set us up for a strong finish to this year and more success in 2020.

Thanks to tremendous volunteer support and attendance that surpassed expectations, the fifth edition of the Barbasol Championship was a rousing success under new tournament director Bryan Pettigrew, who established his leadership reputation previously in the horse racing industry.

Played for a second year at Keene Trace Golf Club in Nicholasville, Ky., the Barbasol Championship – which GGM helped create in 2015 – was won by Jim Herman, a native of Cincinnati, Ohio, who defeated Kelly Kraft by one shot after finishing at 26-under 262.

Jim’s victory was a great story that we were proud to be a part of, and another great story from Keene Trace Golf Club will be the charitable giving from the event. Numbers weren’t yet available, but we’re eager to share them in the future. And speaking of the future, in case you missed it, the Barbasol Championship has a bright future thanks to the five-year extension Barbasol signed up for earlier in the year.

“We’re proud of the great support in Lexington this year, and with the great news regarding the Barbasol extension,” said Mike Harmon, principal, Global Golf Management. “We’re looking forward to an even better event in 2020.”

Traditional venues were a part of our schedule as we returned to Ohio at Firestone Country Club in Akron for the 20th straight year and to Highland Meadows Country Club in Sylvania for our 21st edition of the Marathon Classic.

At Firestone, which long was the site of the WGC-Bridgestone Invitational on the PGA TOUR, we helped with the first edition of the Bridgestone Senior Players Championship on the PGA TOUR Champions to be contested on the venerable South Course. Retief Goosen was a deserving winner on what proved to be one of the hardest tests of the year in senior golf.

Meanwhile, just to the west in Sylvania, Sei Young Kim won by two strokes over Lexi Thompson thanks to a tournament-record 22-under 262 total.

July ended at a familiar stop in Memphis, TPC Southwind, and a new moniker as the WGC-FedEx Invitational.  World No. 1 Brooks Koepka was the winner, and it was a pleasure to watch him shoot a bogey-free 5-under 65 to finish with a 16-under 264 aggregate total. The win was his seventh on the PGA TOUR.

That brought us to a tremendous run in August. We assisted at the Wyndham Championship, where J.T. Poston, a native of Hickory, N.C., beat Webb Simpson by a stroke after a final-round 8-under 62 at Sedgefield Country Club in Greensboro, N.C. A first-time winner, Poston became the first player to triumph on the PGA TOUR without a bogey since Lee Trevino in 1974 in New Orleans.

Then we were off to New Jersey and the first playoff event, The Northern Trust at Liberty National Golf Club. Patrick Reed won the first time since his 2018 Masters triumph by posting a 16-under 268 total that edged Abraham Ancer of Mexico by a stroke.

In the end, Rory McIlroy won his second FedEx Cup title, shooting four rounds 60s, including a final-round 4-under 66, and finishing at 13-under 267 and 18 under overall in the modified scoring format to claim the $15 million first prize. That victory eventually sealed his selection as the winner of the Jack Nicklaus Award for PGA TOUR Player of the Year.

“It’s been an eventful summer, with a nice mix of new and long-time projects in the mix,” said Jeff Raedle, principal, Global Golf Management. “We’ll catch a breather in late September and gear up for a very busy close to the 2019 calendar, with events in Korea, Japan, Bahamas, and Australia, among others.”